What We Believe:  At First Congregational, we see beliefs as very personal, constantly evolving, and not at the core of who we are as a family of faith. The hundred families who call this church “home” have a wide range of beliefs, and we see that as a real strength of our congregation. It is our sense that, historically, Christians have over-emphasized beliefs at the expense of living Christ-like lives. So we are trying to do our part to address this historical imbalance. If you participate with us, you’re likely to hear a lot more about loving actions than you will about beliefs. In fact, our working mission statement reads as follows:

“We seek to take people at every age and ability level and help them become the most loving version of themselves possible.”

We borrowed this compelling sentence from Brian McLaren’s book The Great Spiritual Migration. This book, which we have studied as a congregation, is a great place to start if you’d like to find out who we are and what it is that we are seeking to accomplish here in Gaylord. Founded at its present site in 1874, Gaylord’s First Congregational United Church of Christ (UCC) has a rich history. As Gaylord’s oldest church, we have a proud Congregational heritage that began with the Pilgrims of Plymouth Colony.  It became part of the UCC in 1957 following a national merger among several Christrian traditions, including the Congretational and Evangelical and Reformed Churches.

Welcome to the United Church of Christ—a community of faith that seeks to respond to the Gospel of Jesus Christ in word and deed. The UCC was founded in 1957 as the union of several different Christian traditions: from the beginning of our history, we were a church that affirmed the ideal that Christians did not always have to agree to live together in communion. Our motto—”that they may all be one”—is Jesus’ prayer for the unity of the church. The UCC is one of the most diverse Christian denominations in the United States. We hope you’ll join us.
More About the UCC

While preserving relevant portions of heritage and history dating back to the 16th century, the UCC and its forebears have proven themselves capable of moving forward, tying faith to social justice and shaping cutting edge theology and service in an ever-changing world. Affirming that Jesus Christ is the Head of the Church, the UCC claims as its own the faith of the historic church expressed in the ancient creeds and reclaimed in the basic insights of the Protestant reformers. Yet the UCC also affirms the responsibility of the church in each generation and community to make faith its own in reality of worship, in honesty of thought and expression, and in purity of heart before God. It looks to the Word of God in the Scriptures, and to the presence and power of the Holy Spirit to prosper its creative and redemptive work in the world. One of the UCC’s distinguishing characteristics is its penchant to believe that … God is still speaking, … even when it puts us out there alone. History has shown that, most often, we’re only alone for a while. Join us!

Besides, we receive so many gifts from our ecumenical partners, being “early” seems to be one of ours.Intelligent dialogue and a strong independent streak sometimes cause the United Church of Christ (UCC) and its 1.2 million members to be called a “heady and exasperating mix.” The UCC tends to be a mostly progressive denomination that unabashedly engages heart and mind. And yet, the UCC somehow manages to balance congregational autonomy with a strong commitment to unity among its nearly 5,600 congregations—despite wide differences among many local congregations on a variety of issues.

Watch the movie - Language of Love

Sermon: “The Uprising of Discipleship””

The Sermon section of the website contains the recent sermons.

Where We Are Located 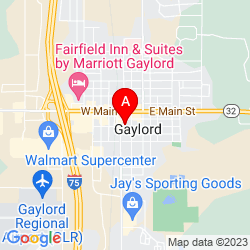 Children and Youth are So Welcome